Who We Are / Structure

The main decision-making body of the World Medical Association (WMA) is the General Assembly, which meets annually. The Assembly comprises delegations from the National Member Associations, the officers and members of the Council of the WMA, and representatives of the Associate Members (Associate Members are individual physicians who wish to join the WMA).

The Constituent Members of the WMA (National Medical Associations) elect the WMA Council every two years with representatives drawn from each of the seven WMA regions, namely Africa, Asia, Europe, Latin America, North America, the Pacific and Eastern Mediterranean.

The WMA Secretariat is situated in Ferney-Voltaire, France, adjacent to the City of Geneva. 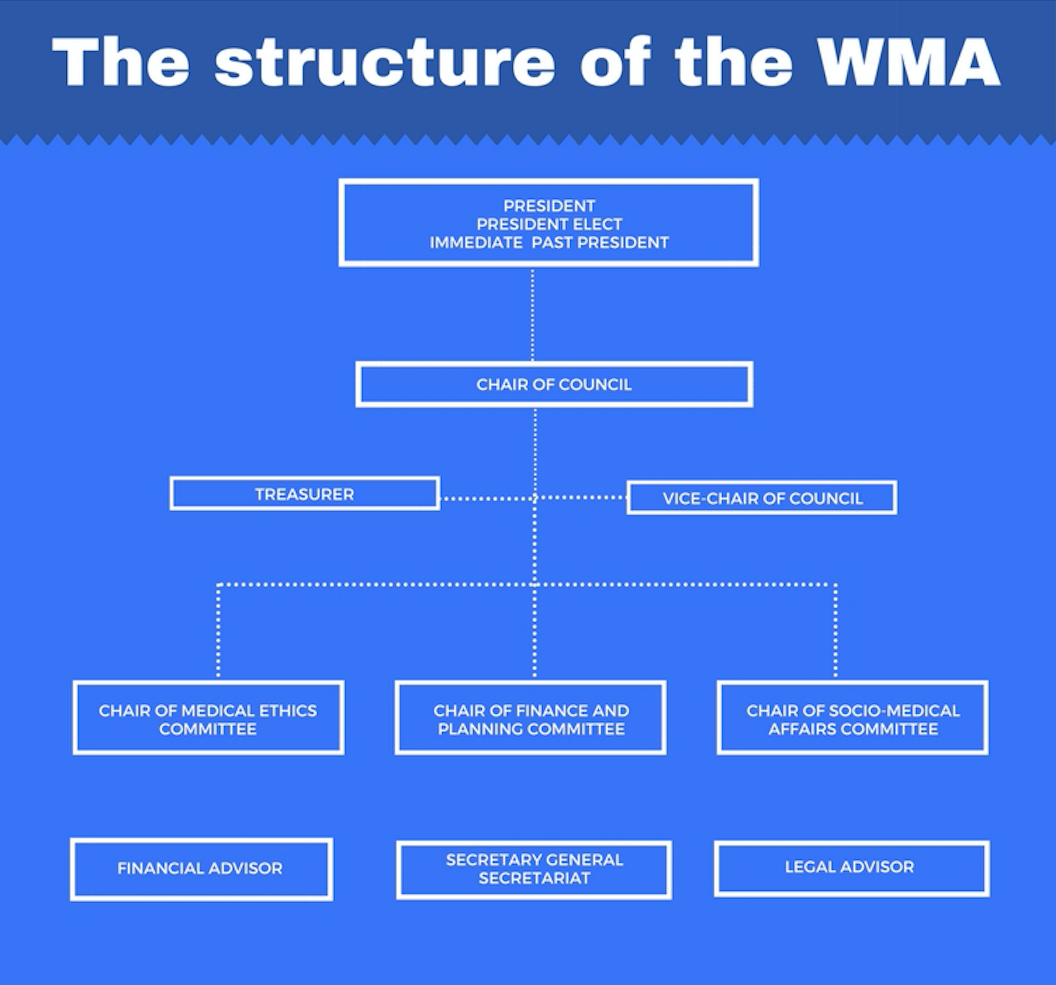 Who can be a WMA member?
Learn More

The Structure of the WMA
Learn More

The Story of the WMA
Learn More